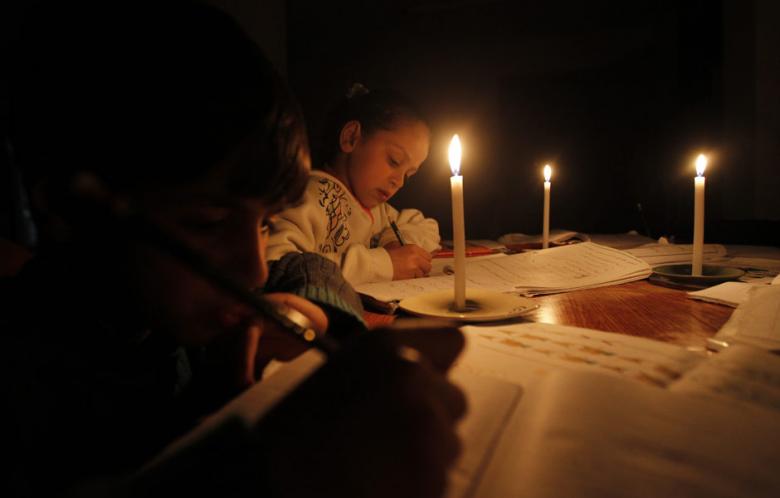 Back to square one? Washington now says ‘no timeline’ for regime change in Venezuela (VIDEO)

After weeks of insinuating that Nicolas Maduro’s ouster was imminent, Washington now insists that there’s “no timeline” for regime change in Venezuela. RT looks at how the US’ best laid plans haven’t panned out.

When Vice President Mike Pence released a video statement in January pledging full US support for Juan Guaido’s claim to the Venezuelan presidency, many assumed that an operation to install the opposition leader in Caracas was just around the corner. But more than a month later, and with Maduro still firmly in power, Washington seems to be out of ideas: Not only has the US failed to deliver its “humanitarian aid” to Venezuela, but Washington’s allies have unanimously ruled out military action.

Venezuela crisis: Seems something is broken in the US regime-change train

Washington and the Convict Appointed to Overthrow Venezuela Continue the Lies

Don’t you think something is fishy when the presstitutes orchestrate a fake news “humanitarian crisis” in Venezuela, but totally ignore the real humanitarian crises in Yemen and Gaza?

Don’t you think something is really very rotten when the expert, Alfred Maurice de Zayas, sent by the UN to Venezuela to evaluate the situation finds no interest by any Western media or any Western government in his report?

Don’t you think it is a bit much for Washington to steal $21 billion of Venezuela’s money, impose sanctions in an effort to destabilize the country and to drive the Venezuelan government to its knees, blame Venezuelan socialism (essentially nationalization of the oil company) for bringing “starvation to the people,” and offer a measly $21 million in “humanitarian aid.”

US Stealth War on Venezuela

As Venezuela’s nationwide crippling power outage goes into days, rather than hours, the suspicion grows that the South American country has been hit with a mass attack by the United States.

When US President Donald Trump and other senior White House officials earlier bragged that “all options are on the table” for Washington’s regime change objective in Venezuela, it has to be assumed now that one of those options included a devastating cyber sabotage of the country’s power infrastructure.

For its part, the government of President Nicolas Maduro is convinced that the US is waging an “electrical war” and is behind the latest power outages. Washington and its anointed Venezuelan opposition figure Juan Guaido claim that the disruption is the result of “incompetent management” of the country by Maduro’s socialist government.

Venezuela’s 31 million population is reportedly used to the inconvenience of frequent power cuts. The country’s economic turmoil over recent years due to declining revenues for its oil exports as well as — perhaps the main factor — US sanctions, has hampered normal administration, thus leading to recurring power outages and other consumer shortages.

However, the scale of the latest blackouts indicate an unprecedented damage to the country’s power infrastructure.

In parallel with the continuing large-scale disruption of the Venezuelan electricity industry, supporters of the current government and the opposition of the country hold numerous rallies. According to local observers, the political crisis in the Bolivarian Republic has all the signs of a protracted social conflict. The question is whether the scale of social conflict will remain manageable, and whether the authorities, led by Maduro, will continue to maintain the support of the majority of the citizens, which he presently enjoys.

That the recent acts of terrorism and/or sabotage of Venezuela’s electric grid were viewed as acts of foreign aggression, this has galvanized the public and apparently pushed undecided sections of the populace over to the pro-government side. This is according to FRN’s sources on the ground. The underlying dynamic revealed by these sources was previously demonstrated in the case of Syria. Although on a tremendously greater scale, once the violence in Syria was demonstrably foreign or foreign instigated in nature, Syrians increasingly rallied behind their present-existing civilian government, which was viewed as a guarantor of stability.

Likewise, the authorities, led by President Nicholas Maduro, linked their actions with the struggle of the Venezuelan people against “American imperialism”, led by the United States.

Meanwhile, as sources of the Atlanticist, Pro-American Associated Press agency in the South American country note, large-scale power outages “increased tensions between groups within the Venezuelan government itself, who accused each other of being responsible for the collapse of the power grid.”

Marco Rubio is obsessed with Venezuela

Maduro’s Message to Venezuela After the Blackout

Abrams, The Attack Against The Electric System, Failed

American protesters rally against potential US intervention in Venezuela